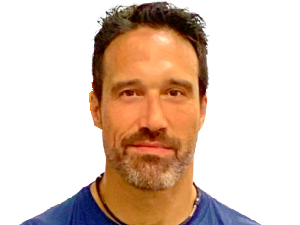 Dr John has been practicing yoga for over 30 years. He’s a Doctor of Chiropractic in both the USA & Australia and has been helping people for the last 25 years to heal & grow. He speaks internationally & has been a requested lecturer and Master of Ceremonies for schools, Colleges, Universities and large Corporations.  Dr John holds a Bachelors of Science in Biology with Montclair University and a Doctorate in Chiropractic with Life University in Georgia. He has also been involved with the Anthony Robbins group as a leadership counsellor for the program called: Date with Destiny and has travelled the world with Tony Robbins as part of Tony’s elite Platinum Partnership group.

Dr John has trained in India with one of the foremost schools of consciousness, Oneness University and One World Academy. In his travels through India he had been blessed with the gift of becoming a “Oneness Blessing Giver” and to this day incorporates the Oneness Blessing into his program experiences.  At the early age of 10 years old Dr John learned how to meditate in conjunction with his martial arts training. Continuing is training onward from age 10 Dr John holds black belts in multiple styles and continues to train weekly, if not daily, in the art of Brazilian Jujitsu. “The martial arts has gifted me many super-powers such as: determination, confidence, courage and many others that’s too long to list.” quotes Dr John.

Currently, Dr John resides in Australia and holds Chiropractic Licenses in both the USA and Australia. He is one of the founders of Fire Shaper, hot yoga redefined, which has hot yoga studios in both Australia and America. You can find and connect with Dr John through the following networks: 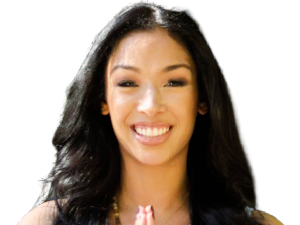 From singer to Spirit Warrior, Thara Natalie, transitioned out of the music and entertainment industry in 2008.  She has been practicing yoga for over 19 years and teaching yoga and meditation for 12.  She owns and operates her hot yoga studio, Fire Shaper Tenafly since 2013.  She has also been health coaching for 19 years.  Thara feels blessed to have found the connection between physical movement, mental stillness and nutrition.   This is her trifecta for success in all areas of life.

In 2018, she was introduced to Reiki through a friend and she was immediately hooked.  In just a few sessions, she was able to make both physical and mental breakthroughs and she was tuned into her body in an even more acute way.  Reiki became an additional tool in her wellness kit.

In 2019, she decided it was time to take the journey to becoming a Karuna Reiki healer.

Her greatest gift is helping her clients to go deeper; making shifts throughout mind, body and spirit. 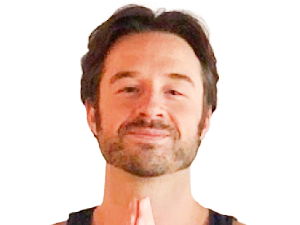 ‘Jagadisha’ Peter Petrovic (ERYT-500) had the good fortune of taking his first yoga class in 1995, eventually diving deeply into dedicated yogic practice during a four-month residence at Kripalu Yoga Center in 2000.  He has trained with renowned yoga teachers, including his primary teacher and Sanskrit scholar, Manorama, and the creator of hot yoga, Bikram Choudhury. He has also practiced with Dharma Mittra, Erich Schiffman, John Friend, Rodney Yee, Yoganand Michael Carroll, Wendy Gross-Pinto, and many others. In addition to his yoga teaching credentials, he has a degree in philosophy from Rutgers University, was ordained as an interfaith minister in 2011 by The New Seminary for Interfaith Studies, received Kalachakra Initiation from His Holiness the 14th Dalai Lama, and opened the first hot yoga studio in in Essex County, NJ, in 2006, which he ran for ten years before passing ownership to a member of the studio community.

Jagadisha has studied anatomy and movement extensively, both academically and through practice. He participated in a human cadaver dissection in 2002 and he became a certified massage therapist in 2016. He has led over 11,000 hours of yoga instruction and continues to find inspiration in his students’ effort and his own daily practice. Jagadisha loves the classic yoga traditions and is interested in exploring how their wisdom applies to both modern living and our journey of consciously contacting our universal nature.

He extends his deepest reverence and gratitude to all of his teachers, students, and fellow travelers on the path of light.